The Journal Gazette’s Oct. 13 editorial, “Performance over potential: Reelect Tom Henry,” created an obligation for me to respond.

For three and a half years, I was privileged to hold the position of CEO for Greater Fort Wayne Inc., which gave me a front-row seat and a unique perspective to witness Henry’s actions on behalf of our city. In spite of being a lifelong Republican, I supported Henry in 2015 because I believed him to be the best candidate.

So I entered my nearly four-year journey at GFW with a hope that we would work well together and move Fort Wayne forward to a nationally recognized economy.

However, what I witnessed was the performance not of a skilled executive with a vision to make Fort Wayne as great as it could be, but instead a skilled politician who would tell the public one thing and behind the scenes do something else.

In fact, Henry’s lack of a cohesive vision is what caused GFW within the first year of my job as CEO to take the lead and announce the five bold, visionary projects, securing signatures of support from more than 4,000 citizens for the vision. This helped make it possible for GFW to sell Fort Wayne across the country. In my experience, Henry often made the task of selling Fort Wayne more difficult.

What we have today as mayor is a man who may have the greatest of intentions, but who has allowed himself to fall prey to temptations that have bedeviled many politicians: ego and pride. He projects a congenial, grandfatherly persona to the public with great skill. Unfortunately, in private the opposite is frequently true.

It is a well-known secret that Henry can be vindictive, petty and engage in retribution for those who disagree with him. Many leaders in our community have witnessed Henry’s behavior, but few of these leaders have been willing to publicly admit it. Perhaps Henry’s treatment of the city clerk, the Rescue Mission, certain developers, other political leaders, former kitchen cabinet members and others may explain the reluctance of some leaders to be more public in their concerns.

For me, there is simply too much at stake for our city to be silent or “off the record.”

In my years of running the Indiana Economic Development Corporation and GFW, I saw firsthand what successful mayors across our nation did to grow jobs in their communities. Mayors serving cities of all sizes meet with companies in the course of economic development pursuits to establish relationships. This is not a novel idea in most cities. But due to Fort Wayne’s 12-year deficiency in the mayor’s office, it is novel to us.

During my time at GFW, Henry took few if any meetings with our GFW team to pursue new business relationships. In fact, Henry canceled our strategy meetings on a regular basis. If that’s not political negligence, I don’t know what is.

In most cities where progress is achieved, it is due in large part to the most visible leaders, often a mayor. In fact, it has been in spite of Henry that so much has been achieved.

From my point of view, credit belongs to key business leaders, our state legislative delegation, key City Council members, county commissioners, the Regional Development Authority and a great team at GFW who have held firm when Henry in numerous cases nearly derailed some of the “transformational” projects that ultimately came to fruition. But let there be no mistake; Henry took full credit for these successful projects.

To become a great city (not just “good”) we need a mayor with a clear vision, empathy and experience in business. Tim Smith is the only candidate who offers all of these.

The question voters should ask themselves before casting their vote is, “Which candidate offers my city the potential to be great?”

After 12 years in office and with the admission of the JG editorial board, we know that Tom Henry’s maximum potential is “good.” Voters should demand more. They should demand great. 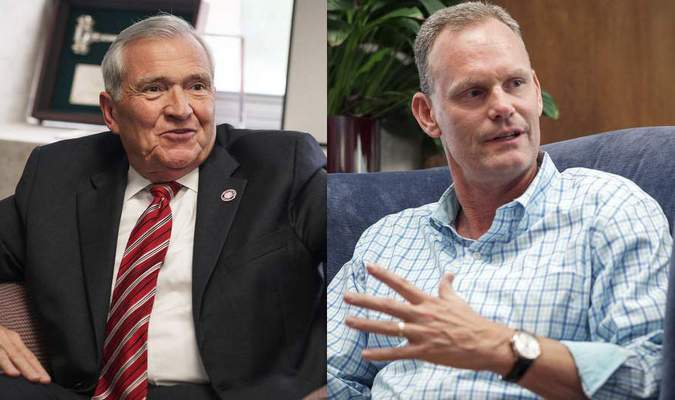