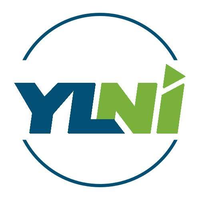 FORT WAYNE, Ind. (WANE)- Mayor Tom Henry and challenger Tim Smith went head to head in their first mayoral debate before the November election. A lot was covered between the two tonight but the biggest issue that came up was that of Red River’s trash pick up troubles, something the whole city has been affected by.

Smith says that the issue lies within the contract, and if he were at the table he would take a more aggressive approach.

“I’m going to invite Red River back to the negotiating table,” said Smith. “If they say no, then I’m going to start imposing the fines to the maximum allowed under the contract which we can do and the mayor hasn’t.”

Henry argued that it isn’t the contract at fault at all. He said that the company needed more drivers with a CDL license. At around 3%, Fort Wayne has a low unemployment level with competitive employers and Red River was not prepared for that.

“Everybody competes for everybody,” said Henry. “We literally have more jobs than we have qualified people to fill. And that’s the situation that Red River found themselves in.”

The safety of the city was another big topic of the night. Smith alleges that Fort Wayne is not the safest it could be, citing the 46 murders that happened in the city last year. He says that in office, he would re-institute community oriented policing (C.O.P.) programs by moving officers from behind desks to street duty.

“Officers are assigned smaller geographic territories,” said They park their cars, the meet the residents, they meet the businesses, they build relationships. Relationships yield trust, trust yields witnesses, and witnesses are what we need to solve crimes.”

But Henry said that the C.O.P. program never went away, the city just changed their approach to better prepare for emergencies.

“The C.O.P. programs hasn’t gone away, we just quit having beat cops walking up and down streets because they got too far away from their cars and if there was an emergency, they couldn’t get back in time,” said Henry. “They have all kinds of activities and school programs and so on. So we’re more active than ever.”

The debate was organized by the Young Leaders of Northeast Indiana with the questions mostly reflected what those young leaders are concerned with in our community.

As your local election headquarters, WANE 15 is also helping you prepare for this upcoming election. We will be hosting our own televised debate. We will pose questions and Mayor Tom Henry and Republican challenger Tim Smith will discuss the issues.

The debate is scheduled for Tuesday, October 29th at 7 p.m. right here on WANE 15. Election day is one week later.