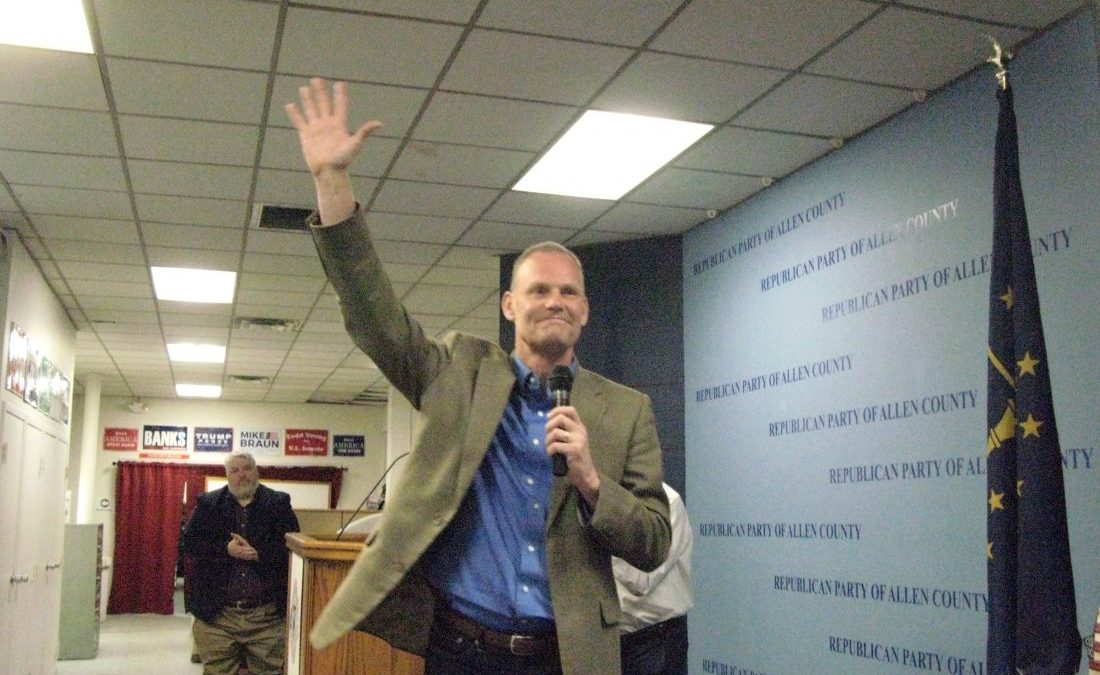 If Fort Wayne has a new mayor next year, it will also have a new way of dealing with poor trash and recycling service.

Republican Tim Smith, who will challenge three-term Democrat Tom Henry in November, was scheduled to host a news conference Friday to outline his strategy for dealing with Red River Waste Solutions should its service not improve. The company has faced numerous complaints and fines since its contract began in January of last year.

Smith said Henry should take several steps immediately and promised to do so if elected, including:

Invite Red River back to the table to negotiate new terms. Contracts can be re-opened by mutual agreement of the parties.

If Red River refuses to reopen the contract voluntarily, the mayor should immediately change the way he is penalizing Red River for misses and delays. Today, if a Red River customer complains because their trash is either missed or late the City logs that complaint as a single instance of Red River failure. Instead, the mayor should count every complaint on any street as if the entire street were missed (which Smith said is typically true in his neighborhood).

Barring substantial performance improvement, the penalties associated with this approach likely would force Red River back to the table to negotiate new terms including but not limited to:

a. Specific definitions of performance;

b. Specific definitions of breach of contract and failure to perform;

c. Specific penalties for breach; and, among other things,

d. Separation plans in the event of breach, including Red River’s responsibility to assure a smooth transition to the new vendor.

Smith said that in preparation for Red River either not achieving A+ service or not returning to the negotiating table, the mayor should immediately begin searching for a replacement vendor so service is never interrupted should the city have to switch providers.

Smith also said that once a new vendor is positioned to take over and if Red River fails to return to the negotiating table and fails to provide A+ service for a least an entire month, the mayor should immediately declare Red River in breach of contract and begin the legal process of replacing them with the newly identified provider.

Last November Red River changed its collection patterns in an effort to improve service, concentrating on one sector of the city at time instead of spreading its resources over larger areas. Smith said recent complaints indicate those changes have bee ineffective, however.

“Whether inefficient routes, incorrect assignments of employees or failing to require employees to work ample overtime to get the job done day-to-day, Red River has failed Fort Wayne for too long. The mayor must act now,” Smith said. “Fort Wayne residents should not have to worry about the mayor getting the basics right, and trash collection is one of the most basic services the mayor delivers.

“With 25 years of business executive experience, one thing I will bring to the mayor’s office is a good business mind to run this city more like a business and less like a political entity. In private business, when an individual fails to define key terms in a contract then compounds the mistake by failing to hold the vendor responsible, that’s unacceptable.”